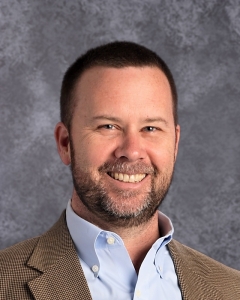 Throughout his career, Mr. Zullinger has worked to create spaces so that students can develop, produce and direct their own learning experiences in the language of music. He has demonstrated success in choral music education, preparing ensembles that have consistently earned Unanimous Superior (and equivalent) ratings at festivals and contests, both regionally and abroad. Most recently, he has presented and engaged with numerous NAfME State organizations around the country about 21st century innovation and pedagogy for music educators and students. In this capacity, Mr. Zullinger strives to reinforce the idea that skills such as collaboration, creativity, critical thinking, and problem solving are integral components to a 21st century music education.

What do you see as the major challenges music education will face during your term as a CMEA Executive Board member?

In the educational landscape of maker spaces, personalized and project-based learning, and an ever increasingly connected classroom, the opportunity to allow students to explore and make music has never been more attainable. Music teachers are in a position to cultivate our students’ intrinsic motivation towards a personalized definition of music, and to want to communicate in this art form from 21st-century learning spaces that are congruent with pedagogy which connects other interests in their lives. Some of my favorite experiences as a music educator came from providing the opportunity for students to explore possibilities in the language that is unique to music.

It has been clear to me for some time that the paradigms under which we’ve been operating are shifting rapidly. How we view music education in the present, as well as into the future, includes essential questions all educators must ask themselves at this critical point in time. In the August 2019 issue of the Journal of Research in Music Education, researchers Kenneth Elpus and Carlos Abril compiled a demographic profile of high school music ensemble students using nationally representative data for U.S. graduating high school classes between 2009-2013. In their findings, 24% of the class of 2013 were enrolled in at least one year of a course in band, choir or orchestra at some point during high school. The racial/ethnic composition of music ensemble students was 58% White, 13% Black or African American, 17% Hispanic or Latino, 4% Asian or Pacific Islander, 8% two or more races, and under 1% American Indian or Alaska Native.

Is it possible to shift the discourse in music education from focusing on increasing numbers in our music programs, to being more inclusive of all students? What if we were to imagine possibilities outside of band, orchestra and choir that piques a sense of curiosity of the culturally diverse 21st-century learner?

What do you see as the major challenges facing CMEA?

For all the work our state organization may accomplish through legislative channels, initiatives, and coalitions, based on the research above, how are we disseminating change in the pedagogy itself? There is a national spotlight on access, equity, and diversity in the organization, but how are we addressing the systemic assumptions and paradigms in music education that may inhibit this access and equity for populations that are historically underserved?

How should CMEA respond to these challenges?

CMEA must continue our work by having the conversation with music teacher preparation programs and their coordinators throughout the university system, along with our state leadership network of music educator practitioners and carefully examine existing curricula, make refinements as necessary, and design new courses to expand access and equity to include many more 21st century learners in our schools. As an executive board member, I will continue to engage with the membership across the state in practical professional development that addresses these challenges that require the attention of the organization. Over the term of my appointment as music technology representative I have traveled to and met with nearly all of our eight CMEA sections throughout the state, to share my experiences and practice of 21st century teaching and learning.

I believe my experience as a music educator, as well as my passion for providing students and colleagues an environment that will ensure their success in a 21st century world, makes me an ideal candidate for the position of Vice President of the California Music Educators Association executive board. I am humbled to be considered for this position and serve the organization in this capacity.