Don Schmeer was born on April 11, 1935 in Portland, Oregon. He attended the public schools in the area and graduated from Lincoln High School in 1953. Always intensely interested in the performing arts, he played clarinet all the way through high school, and graduated from Portland State University with a Bachelor’s Degree in Music in 1957. After college, he served in the United States Army from 1957-59 and played in the 5th Army Band in Korea where his tent-mate was none other than composer John Barnes Chance (or “Barney”, as Don called him). After the Army, Don taught Junior High School Band in Oregon. In 1960, Don left teaching to become an employee and eventually General Manager of Byron Hoyt Music Company in San Francisco. His knowledge of wind band repertoire and music education materials was legendary and second to none in the sheet music industry. He remained with Byron Hoyt Music Company in San Francisco for many years and became an ardent supporter of music education in California. He was recognized many times for his contributions in the world of music education.

The Don Schmeer Memorial Scholarship Fund, established in 1996 by Bill Burke, Mark Troxell, and the late Dr. David Goedecke, is held in trust by the California Music Educators Association.

The Fund provides support and encouragement for talented music students of limited financial means in grades 7-12. Awards are made to qualified students of CMEA members for summer music camp tuition and related expenses.  In 2020, the fund was expanded to include the Don Schmeer Band Education Scholarship.

Criteria for the Band Scholarship Recipient:

CMEA members may nominate a graduating high school senior who has committed to pursuing a degree in Music Education with a goal of earning a teaching credential and a career as a music educator in the public schools. The nomination will include a statement of support by the nominating teacher. This should include but not be limited to:

The nominated student will provide 1) an appropriate resume that represents the body of their work that has led them to this point, 2) a statement of intent that includes their post-secondary goals, including where they plan to pursue their studies.  They must answer the question of “Why I want to be Band Music Educator”.

The application window is open now and will close on December 21, 2020.

Nomination Form – to be completed by nominating teacher

Student Application Form – To be completed by nominated student 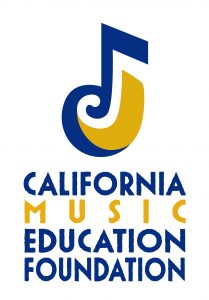